Can Guinea Pigs eat tomatoes? Many pigs owners who are aware of how nutritious tomatoes can be are often faced with this question. Can Guinea pigs have tomatoes? Let’s take a look!

Tomatoes are one tasty, fleshy and nutritious vegetable from the nightshade family of vegetables. Often assumed to be a fruit, the vegetables have different varieties of vitamins, minerals, among many other nutrients. The likes of Cherry tomatoes, Plum tomatoes, Grape tomatoes, beef tomatoes are known to be healthy for consumption for humans.

Tomatoes contain a lot of nutrients necessary for the healthy growth and development of your guinea pigs. Nutrients like vitamins, minerals, antioxidants compounds, fiber, folates, and so on.

The truth is guinea pigs can be given all types of tomatoes including cherry, grapes, and plum without any problems. As long as they are given the right part which is the succulent fruits and the right size. Also, guinea pigs can eat tomatoes as long as all other toxic parts are avoided.

Not only that, ripe tomatoes are the best treat you can give to your guinea pigs. Green and unripe tomatoes should be avoided as they are toxic and can pose more harm than good. This is because they are more acidic.

Also, your guinea pigs can eat tomatoes without any side effects. Just ensure you do not give excess and they are given slowly. Small cherry tomatoes are enough as a treat or you can even cut part of a large tomato for them to eat. Giving a small portion helps to reduce any risks that may come with your guinea pigs eating tomatoes.

As long as you stick to the edible part of the tomatoes and you leave out toxic parts like the stems, leaves, and roots. Your guinea pigs will have no problem eating tomatoes.

How Many Tomatoes Can Guinea Pigs Eat?

Now that we have established that your guinea pigs can eat tomatoes, you may be wondering how much tomatoes you can feed them.

Whenever you want to give your guinea pigs tomatoes to eat, always give them a bite to eat first, then watch out for any reactions before giving them the rest. This is because some guinea pigs are naturally allergic to tomatoes irrespective of how tasty and ripe the tomatoes look.

Like human beings, pigs have tastes, preferences, and allergies, it is important to know your guinea pigs before giving them tomatoes. Although, most guinea pigs will love it due to its sweet, tasty, and succulent nature.

Also, ensure you give them a small portion of tomatoes as a treat and not frequently (2 to 3 times a week is enough). Give plainly and do not add additives like salts as they can be harmful. Although you can give tomatoes with other food to avoid diarrhea as it is watery in nature. More importantly, ensure you wash your tomatoes well before giving your guinea pigs. You don’t want to load them with enough pesticides that can cause toxicity?

The rationale behind giving a small portion of tomatoes is because tomatoes contain Oxalic acid. Giving your guinea pigs too much or a large portion of tomatoes makes them susceptible to oxalic acid toxicity. And it can lead to Cheilitis (a painful scab in their mouth) among other complications.

As said earlier, your guinea pigs can eat cherry tomatoes. Giving whole cherry tomatoes is not bad as they usually come in small sizes which contains enough nutrients for a treat.

But if you are giving them other varieties of tomatoes that come in big shapes, you can cut part of it to prevent any problems.

Tomatoes have edible parts as well as toxic parts, some of the toxic parts include stems, leaves, and roots. Also, green unripe tomatoes are not healthy for your guinea pigs.

These toxic parts are not only harmful to your pig, they contain a dangerous chemical called Tomatine. About 5% of tomatine can be found in these parts which can cause severe reactions like vomiting, stomach ache, diarrhea, and other extreme conditions to your pigs.

The reason why we advised you to avoid these toxic parts as well as unripe tomatoes. Eating the stems, leaves or roots or any other unhealthy parts of tomatoes can cause severe symptoms which can lead to death, if not attended to immediately.

By now, you should be convinced that your guinea pigs can eat tomatoes without any side effects. Are you still in doubt? Below are the health benefits and risks of guinea pigs eating tomatoes.

Tomatoes contain rich antioxidants compounds among other nutrients that can enhance the growth of your guinea pigs. Are you in search of a supplemental feed for your guinea pigs, find below some of the health benefits of guinea pigs eating tomatoes?

Tomatoes are rich in antioxidants compounds like Lycopene and Beta Carotene which are effective in reducing inflammation. These compounds are powerful when it comes to fighting free radicals that damage cells. Giving your guinea pigs tomatoes to eat is a natural way of preventing cancer and other cellular problems.

One of the major vitamins your guinea pigs can derive from eating tomatoes is vitamin C. The vitamin is helpful when it comes to the healthy growth of teeth and bones. Also, it aids wound healing, prevents swelling of joints and bleeding. Vitamin C is an essential vitamin for the healthy growth of your pigs.

Are you looking for ways to improve your guinea pig immune system? Allow your pigs to eat tomatoes especially the edible parts. It helps to boost their immunity by providing a lot of nutrients.

If your guinea pigs can eat tomatoes, you should give them as a treat to aid their digestive system. Tomatoes is watery and it contains a lot of fiber making it easily digestible. Although, you may want to give them other food to avoid diarrhea.

Generally, guinea pigs are more prone to gaining weight or obesity if their nutrition is handled carelessly. You don’t have to worry about them gaining weight when feeding them tomatoes. As tomatoes contain low sugar with a good ratio of carb, fats, and protein. It is just perfect for your guinea pigs!

If your guinea pigs eat tomatoes once in a while, be rest assured that their skin is going to be healthy. Beta Carotene, one of the compounds that can be found in tomatoes can give shiny skin and healthy coats to your guinea pigs.

Lycopene which can be found in tomatoes is an important compound that can reduce the risk of developing cardiovascular disease. Allowing your guinea pigs to eat tomatoes can prevent those cardiovascular problems.

Not only the heart, but Lycopene helps to rejuvenate other organs’ cells in the body also. This is including the lungs, muscles, nerves, and other organs in the body. Thus, one can say allowing guinea pigs to eat tomatoes will reduce the chances of guinea pigs developing diseases associated with these organs.

Want to know more about the nutrients in tomatoes? 100g of tomatoes contains the following nutrients according to the USDA National Nutrient Database.

Are tomatoes toxic to guinea pigs? Tomatoes can be toxic and harmful to guinea pigs especially when they are fed greenish tomatoes or parts like the leaves, stems, or roots.

Also, it is good to know that some guinea pigs are allergic to tomatoes and can be faced with a lot of complications if given. If you are not sure whether your guinea pigs can eat tomatoes, you can seek the help of a veterinarian.

Below are some of the risks that guinea pigs can face for eating tomatoes:

By now, you should have understood that Guinea pigs can eat tomatoes without it affecting them. All you need to do is to be observant when giving your guinea pigs tomatoes to eat. Ensure you remove the harmful parts like leaves, stems, and roots and take them away from them. Feed your guinea pigs the fruits including the skin and the seeds only. Give them a small portion once in a while and watch them grow healthily.

Guinea pigs can be given all types of tomatoes including cherry, grapes, and plum without any problems.

The tomatoes leaf is poisonous to your guinea pig as it contains a dangerous chemical called Tomatine which when ingested could cause death.

How many tomatoes can guinea pigs eat?

You can feed your guinea pig a whole tomato, you can cut it to small pieces which will make it easy for chewing on.

Are tomatoes toxic to guinea pigs?

Tomatoes can be toxic and harmful to guinea pigs especially when they are fed greenish tomatoes or parts like the leaves, stems, or roots. Some guinea pigs are also allergic to tomatoes and can be faced with a lot of complications if given.

Yes, depending on what you feed your guinea pigs with, tomatoes have edible parts as well as toxic parts, some of which include stems, leaves, and roots.

You can feed your guinea pigs the tomato skin, make sure it is well washed so the pig won’t ingest toxic materials from pesticides and other preservatives.

Your guinea pig can eat cherry tomatoes, giving whole cherry tomatoes is not bad as they usually come in small sizes which contain enough nutrients for a treat.

Do not forget to wash your tomatoes and give them with another food. Can you allow your guinea pigs to eat tomatoes? Tell us your answers and reasons via the comments section below. 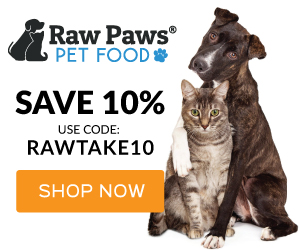